The Platform of the California Young Democrats 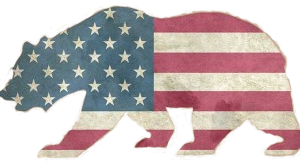 Preamble: The Fight for Justice and Equality for All

We seek to fight against systemic oppression that prevents all Californians from the opportunity to participate fully in the economic, cultural, political, religious, and social facets of society. We understand the importance of ensuring transparency, accountability, and equality through all levels of our government and society. We demand that people of all identities, regardless of age, sexual orientation, cultural heritage, national origin, immigration status, disability, physical attributes, socio-economic status, gender, race, or personal views on religion have inalienable rights to “Life, Liberty and the pursuit of Happiness” without the added disparities caused by racism, classism, sexism, ageism, or anti-LGBTQ bias. We demand that all perpetrators denying these inalienable right be held accountable and that justice prevails.

We aim to embolden the youth to engage in the political process through the Democratic Party,  clubs, central committees, community activism, and running for public office etc. We strive to give a voice to the youth who are often left out of the political process and fight for the issues affecting us most such as unemployment, student loan reform, affordable housing, education, and healthcare, etc.  We demand students and all workers not be exploited by their employers using methods such as unpaid internships and independent contracts to deprive individuals of fair wages and benefits. We demand that youth are able to engage in the political process in environments free of political intimidation, violence, and sexual harassment.

At one point, California led the world in funding quality K-12 and higher education for all, at no cost. As our state became more diverse, funding disappeared, leading to underprepared students and a student loan crisis. We demand restoring quality in our K-12 schools by reforming Prop 13 and making our public colleges and universities tuition free again.

The cost of housing has made it too expensive to live a secure and stable life in California, leading to skyrocketing homelessness and financial insecurity. We demand the government take swift action to fund the construction of affordable housing built near transit lines, along with the return of strong rent control to stabilize communities. We demand that this is done in a way which prioritizes low-income and minority population’s needs over the financial interest of developers. Housing is a human right.

The Internet is an essential part of life and must be treated like a public utility. We demand full access to high-speed Internet across the country for all, with the strongest Net Neutrality regulations possible to maintain a free and open Internet.

Today, California is home to the largest population of immigrants than any other state in the country; reaping countless cultural, social, and economic benefits from their presence. The current administration’s focus on “zero tolerance” has resulted in immigration policy that is immoral, inhumane, and detrimental to immigrant communities nationwide. We demand comprehensive immigration reform that provides a pathway to citizenship for all 11 million undocumented immigrants currently residing in the country. We believe that not only do we need to abolish ICE and detention centers, but steps must be taken to prosecute ICE & CBP for their numerous cases of human rights abuse. We demand freer immigration laws that allow for all who seek a better life in the U.S. an opportunity to succeed and strengthen our nation. No human being is illegal.

We must return to a workforce that is empowered through unions and viciously oppose attacks against collective action. The Labor Movement has historically been the counterbalance to the rampant indignations of private interests. It is imperative, now more than ever, that we as progressive leaders fight to ensure the growth and longevity of the Labor Movement in California. We demand public policy interventions early in the development and deployment of technology in the workplace, as a tool to reduce inequality and create better outcomes for workers. We demand a guaranteed jobs program and the implementation of a universal basic income to eliminate poverty.

War is an immoral act that has cost this country trillions of dollars and thousands of lives, has left our world less safe; and has led to an unconscionable loss of countless civilian lives. We oppose unchecked militarism and we demand a cut to military expenditures, an end to war, and a policy of military force as the last possible resort. We demand our country cooperate with the global community as a true partner to solve issues such as climate change, instead of its current isolationist nature.

Should the unfortunate circumstance arise where war or military intervention is absolutely necessary we demand that our country fulfill its obligation to veterans.

We believe healthcare is a human right and that all people should have a right to comprehensive, high quality, sustainable, and inclusive healthcare. We demand a Universal public healthcare system that eliminates the need for and greed of the health insurance industry, such as Single-Payer Healthcare or a Medicare-for-All system without out of pocket expenses. We demand reproductive rights be fiercely protected and enshrined in our Constitution.

We support the funding and building of clean, energy efficient infrastructure that utilizes renewable energy to combat pollution and further destruction of our environment. We reject the exploitation of public lands, resources, and public health due to corporate greed and strive to optimize our resources to leave a healthier Earth for future generations. We demand that every person have the basic human right to clean air, water, and healthy work and living conditions. We demand corporations, associations, and any type of organization found guilty of adversely affecting the aforementioned rights, be legally obligated to provide remunerations to the affected parties, as well as pay into a fund established by the State dedicated to implementing environmental justice.

We are committed to Racial Justice and seek to support policy that secures racial diversity in political leadership, educational settings, workplaces, and government contracts, to remedy continuing systemic discrimination and oppression against people of color, and to help ensure equal opportunities for all people. We are committed to organizing to demand equality, a life with dignity, and respect for all people. As an organization we support the necessary conversations that give light to new strategies to dismantle racism in America. In alignment with the Civil Rights Act of 1964 we oppose the discrimination of any person based upon their race, color, religion, sex, or national origin.

We believe that a healthy democracy is based on free and fair elections, with all eligible voters able to participate.  We oppose the culture of cronyism and corruption and support public financing of elections. We demand transparency and accountability from both our Party and government. We demand the protection and strengthening of existing voting rights, as well as expanding/restoring voting to people who are incarcerated, non-citizen residents, and 16-17 year olds in local/state and party elections. We demand the overturning of Citizens United, the abolishment of the electoral college, and an end to the culture of pay-to-play politics.

We recognize the failures of the War on Drugs and support the decriminalization of drugs and mental illness, as well as retroactive expungement of past drug offenses. Further, we support “Smart on crime” and evidence-based policy including bail reform and ending cash bail, after-school programs, rehabilitation programs, and alternative programs to incarceration. We demand reform to the criminal justice system that unfairly detains, prosecutes, and imprisons people of color and puts the poor at an immediate disadvantage. We demand the abolishment of the death penalty, the prison/detention-industrial complex, the abolishment of prisons as we know them, and strongly stand against the current “school to prison pipeline” system. Additionally, we demand the complete divestment of the State of California from the private prison industry and redefining of sentencing in the California Penal Code to exclude ‘punishment’, in order to refocus our correctional system into one which prioritizes rehabilitation, and restorative justice as the primary mission. We demand this county rethink the way it approaches law enforcement; which includes strong independent community based oversight. We demand accountable Law enforcement that are focused on rehabilitation and restorative justice as opposed to the historic oppression that created the status quo. We demand the demilitarization of our law enforcement agencies and a change to use of force policies from reasonable force to necessary force.

We recognize California’s rural communities have often been ignored by the Democratic party, when they are often the most vulnerable to the effects of pollution, economic injustice, and the lack of critical infrastructure, such as water, internet, access to quality healthcare, and transportation. We demand our leaders take action to ensure they receive economic, environmental, social, and political justice by collaborating with local progressive leaders throughout Rural California to meet these needs and elect young progressive leaders on the local level.